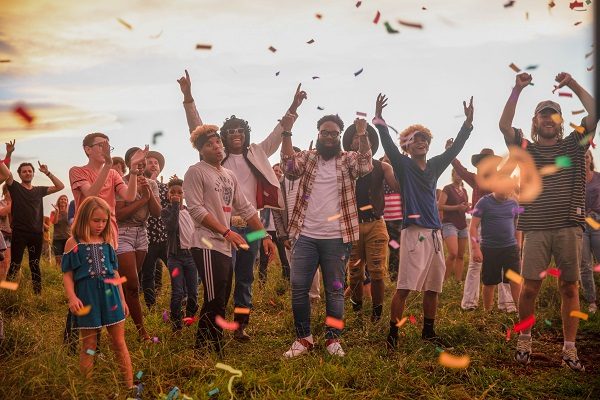 Blanco Brown, the mastermind behind the global hit, “The Git Up” today announces the music video for the viral sensation will premiere Friday, September 13th across Viacom platforms (CMT, MTV Live, MTVU, BET Soul, Nick Music and Viacom Times Square billboard). In advance of the premiere, Blanco will perform “The Git Up” at halftime during the Thursday Night Football game between the Panthers and Buccaneers.

The world got its first taste of Blanco’s work as an artist with the global smash, “The Git Up,” which is Top 20 on the Top 40 radio chart and remains the top-selling digital Country song in the United States this week (via Nielsen Music) for its 11th week and has claimed the #1 spot on Billboard’s Hot Country Songs Chart, for nine weeks. The viral track was shared on April 26 via SoundCloud, along with a social video of Blanco performing the dance which has since spawned nearly 3 billion viral views and millions of user-generated videos using #TheGitUpChallenge.

The music video for the song is a joyful celebration of the original dance, infused with some familiar faces that supported “The Git Up” as it took the world by storm. Filmed in Nashville and its surrounding areas, the music video has been teased on the Viacom Times Square billboard all week and will make its world premiere at 6am ET. See a full list of channels and air times, below:

BET Soul: The video will premiere at the top of the 6am ET hour and will air six more times throughout the day

CMT Music: The video will premiere at the top of the 6am ET hour and will air eight more times throughout the day

MTV Live: Beginning at 6am ET, the video will air every hour from 6am-2pm and again from 12am-5am

MTVU: Beginning at 6am ET, the video will air every hour

NickMusic: The video will air at 6am ET, 2pm ET and 10pm ET; additionally, beginning next week “The Git Up” will be featured as the channel’s “Artist To Watch” where it will air every other hour throughout the week and will be featured on the NickMusic playlist

Viacom Times Square billboard: The video will be featured on the billboard at 11am ET and 4pm ET

Praised for his unique live performance, with Rolling Stone naming him one of their CMA Fest 2019 “20 Best Artists and Shows We Saw,”  he will take to the road at the top of the year with Chris Lane on the BIG, BIG PLANS Tour.