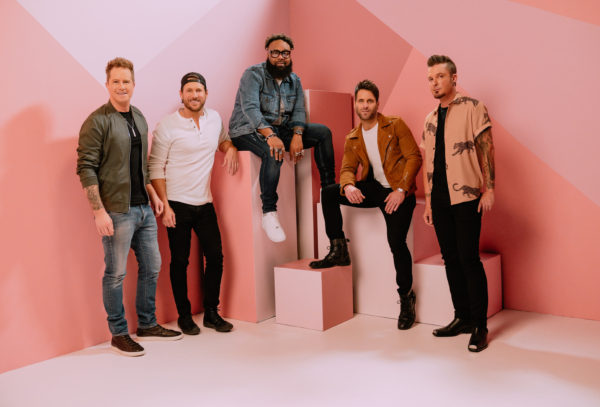 The touching music video for the heartfelt track mirrors and even magnifies the sentiment of the song, encouraging self-acceptance, self-love and reminding people that they are special in their own way. Displayed on the Viacom CBS billboard in Times Square and featured on CMT, CMT Music and CMT.com, the video celebrates the uniquities that color our world with Parmalee and Blanco sharing tokens of appreciation to a joyous cast of characters. Watch it HERE.

The “feel-good, danceable” (The Boot) song was released just before the holidays and has since been garnering online attention, earning more than one million streams last week alone and inspiring fans to create their own videos to the tune on social media platforms like TikTok, in a similar viral fashion early on in its journey as Blanco’s double platinum international smash single “The Git Up.”

Friends for several years, this is the first time Parmalee and Blanco have worked together and it appears to only be the beginning. This year, the Country quartet and TrailerTrap creator will set out on the road together for their co-headlining Just the Way Tour (current list of dates can be found below).

Appearing on NBC’s TODAY, Blanco Brown will fulfill a promise he made to Hoda and Jenna on their first day of Hoda & Jenna & Friends. Brown, knowing the hosts are big fans of “The Git Up,” surprise FaceTimed the two hosts, offering to come teach them the dance and bring his friends Parmalee along to perform their new song. The call took an interesting turn, with Brown’s phone number being accidentally displayed on national television. After receiving a flood of calls, texts, etc. Billboard’s 2019 “#1 Top New Country Artist” turned lemons into lemonades and opened his line to chat with fans, letting them know how appreciative he is of them.

***Additional dates to be added in the coming weeks