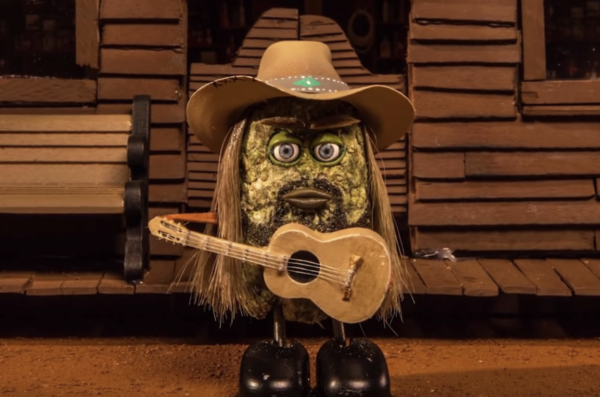 Always a visionary for his craft, Billy Ray Cyrus recruits Potsy Ponciroli of Hideout Pictures and Mikey Peterson of Nug Nation for a stop-motion animated video for “Angel in my Pocket,” included on Cyrus’ new studio album, The SnakeDoctor Circus, available May 24 from BMG.

In the animation, Cyrus “portrays a sleepy-eyed mini-mart worker who is always under fire from his not-cool boss…it’s a surreal video, with Doobie Ray Cyrus running afoul of his boss (also a bud) at the convenience store where he works and hitting the road” (Rolling Stone Country).

The long-planned release of Billy Ray Cyrus’ new studio album, The SnakeDoctor Circus, is available for pre-order now from BMG. Fans will receive three tracks upon pre-ordering, including “Guns, Gold & Guitars,” “Goddess of Democracy” and “Angel in my Pocket”

CLICK LINKS TO WATCH AND LISTEN: “Guns, Gold & Guitars” and “Goddess of Democracy“

The SnakeDoctor Circus Track Listing:
1. Guns, Gold & Guitars
2. The Reckoning
3. Barely Enough
4. Goddess of Democracy
5. I Think Your Time’s Come
6. The Blood of the Devil
7. Angel in my Pocket
8. Take It Easy Greazy
9. I’ve Been Around