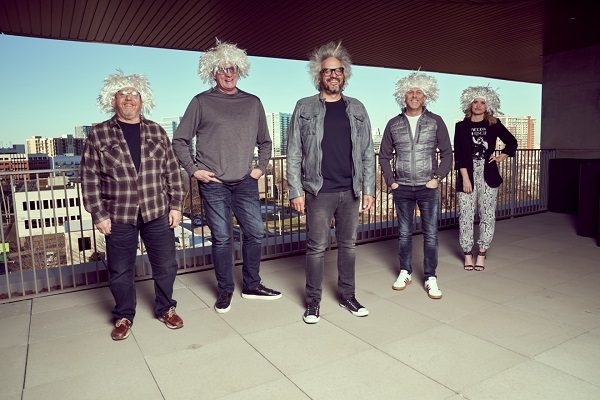 BBR Music Group today announces the signing of comedian Byron Kennedy. The music industry vet joins BBRMG among a familiar artist roster as Kennedy is a recent executive at the label group. Formerly the VP of Promotion for Stoney Creek Records, an imprint of BBR Music Group, Kennedy comes from years of radio and music industry experience. Doing comedy on the side as often as he was able, Kennedy eventually was encouraged to follow his true dream in the entertainment industry: comedy. His comedy trajectory took him from open mic nights to featuring, Las Vegas and beyond. The explanation for his fast start is exceedingly simple: he hated sitting in meetings.

Kennedy exclaims, “What is this life!?! The first time I signed a contract with BBR Music Group it was to promote their artists, the second time I signed a contract with BBRMG it was to BE one of their artists! THIS IS NUTS! I’d like to thank Jon Loba for his belief in me. This is a dream come true and I don’t think anything I say here could possibly capture how grateful I truly am. We have all been through some crazy times the last 12 months and we need to laugh now more than ever. Getting to bring joy and laughter to people every week is such a blessing and BBR Music Group is now going to help me do that on a much larger scale! I hope we can all laugh together soon!”

“Byron Kennedy is one of the funniest people I have ever met,” says Jon Loba, President of Recorded Music at BMG Nashville. “Having worked with Jeff Foxworthy and Bill Engvall among others, that says a lot.  While he was a very capable label and radio executive, I always encourage our staff to follow their passions. Comedy has always clearly been his. We are so excited to join him in that journey and look forward to helping the world laugh at and with Byron, just as anyone who personally knows him has.”

Quickly switching gears from working to help build artist careers to now building his own career as an artist, Kennedy started an ongoing residency at the LA Comedy Club – Las Vegas on March 21. The LA Comedy Club in located in the newly renovated STRAT Hotel, Casino and Sky Pod. Kennedy is planning a performance stop in Nashville mid-July as he tours comedy clubs across North America.

Kennedy has also enlisted an all-star crew of professionals to help with his comedy career. He is managed by both Neal Spielberg of Spielberg Entertainment and Peter Strickland of Marathon Talent Agency who together helped launch the comedy careers of Jeff Foxworthy and Bill Engvall. Also part of the team is Daniel Novick of Novick Law PLLC who serves as Kennedy’s attorney.

Born in Arizona, Kennedy was a parlor act from the beginning. His dad gave he and his brother a Smothers Brothers record because he wanted them to memorize the “Mom Always Liked You Best” routine, which they performed during a party at the Elks Lodge. He then followed that affinity as an adult, he quickly built a successful radio career – even drawing praise from Howard Stern who dubbed Kennedy “The Leonardo DaVinci Of Radio”. While helping launch a new Alternative station, Kennedy was the funny man in the room. This love for humor lead to a four-night opening act in Las Vegas that fueled Kennedy’s fire leading to this new record deal with BBR Music Group.