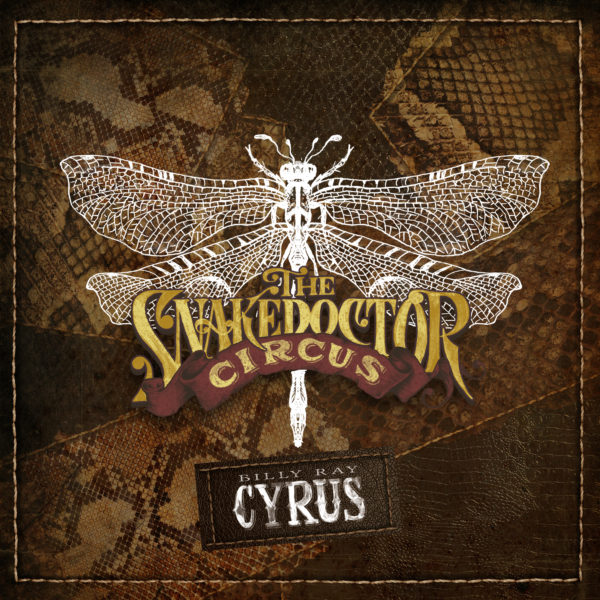 Throughout his legendary career, there’s no doubt Billy Ray Cyrus has “played to win, lost a few, made the papers” and, recently, been all over the news. Despite all his success, Cyrus remains humble and grateful to those who’ve influenced him, as he did this week during “The Late Late Show with James Corden” when he performed “I’ve Been Around” with his musical hero Don Von Tress. The performance, which coincides with the release of Cyrus’ 16th studio album today, The SnakeDoctor Circus, elicited rave reviews:

“He then performed the powerful Johnny Cash-like ballad “I’ve Been Around” to spare accompaniment from his band, which featured a stand-up bass, slide guitar, bass and violin. “I played to win/ Lost a few/ I made the papers/ And I’ve been old news/ But when I’m done, let it be written down/ I’ve been around,” he sang in a hushed baritone, his silver ring-covered hands tightly gripping the mic and his eyes mostly obscured by a large cowboy had pulled down low. Wednesday’s show was the first live performance of the song.” -Billboard / Gil Kaufman

“Billy Ray Cyrus stopped by The Late Late Show to perform his emotional ballad ‘I’ve Been Around.’ The country singer offered an intimate, moody rendition of the song alongside his backing band… crooning the track with accompaniment from ‘Achy Breaky Heart’ songwriter Don Von Tress. -Rolling Stone Country / Emily Zemler

“I’ve Been Around” is the final song on Cyrus’ passion project and concept record of nine all-new songs available from BMG.

Cyrus explained to Corden the meaning behind the name of the album, The SnakeDoctor Circus. “The Circus is my life, but the snake doctor itself… you can see it’s somewhat of a dragonfly and in Southern lore this bug would fly over a wounded snake and it would flap its wings and help heal the snake and bring it back together. And as you know there’s a lot of division in our country and a lot of division in our world and what Don and I had hoped through this music was to be like the snake doctor and bring some type of healing through the music and bring people together.”

The SnakeDoctor Circus Track Listing:
1. Guns, Gold & Guitars
2. The Reckoning
3. Barely Enough
4. Goddess of Democracy
5. I Think Your Time’s Come
6. The Blood of the Devil
7. Angel in my Pocket
8. Take It Easy Greazy
9. I’ve Been Around

The SnakeDoctor Circus reunites Cyrus with Von Tress, who wrote the multi-platinum smash “Achy Breaky Heart” on Cyrus’ record-breaking debut album Some Gave All. Cyrus penned “Some Gave All” about a Vietnam veteran in 1989 only to meet Von Tress, whom is also a Vietnam veteran, a few years later. The collaboration between the two songwriting titans more than 25 years ago continues with new music on The SnakeDoctor Circus.