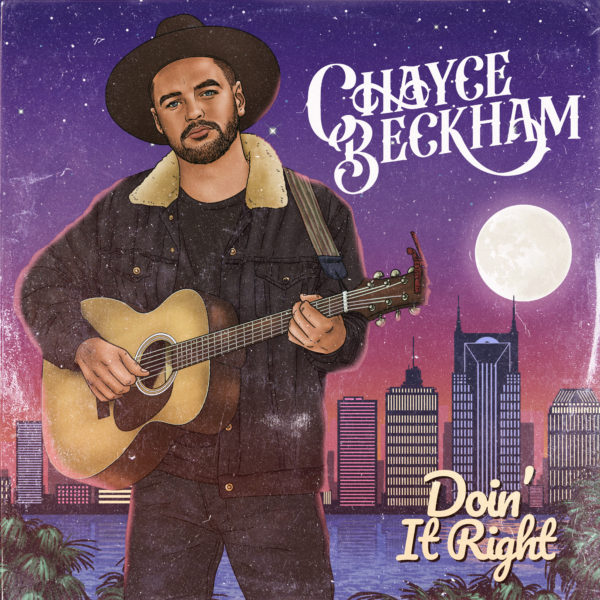 The reigning American Idol winner that Katy Perry said sounds “like the heart of America,” Chayce Beckham is set to release his highly anticipated debut EP, Doin’ It Right, on Friday, April 15. Across the EP, Beckham divulges the secrets behind “doin’ life right” with masterful storytelling weaved together by small town charm and back-porch philosophies. The six-pack of songs is overflowing with strong, energetic choruses and Chayce’s rough, powerhouse vocals. Pre-save/pre-add HERE.

“Since my season on American Idol, I’ve been busy in Nashville writing songs and touring,” says Beckham. “I tested these songs in front of live audiences last year, and now I’m so excited to have them recorded and ready for you to listen to. I’m really proud of these songs, and I believe they not only tell my story, but they tell stories relatable to everyone going through everyday life.”

Capturing the good-time feelings of a ’90s Country throwback, the “rugged, Country crooner” (USA Today) co-wrote four of the six tracks, proving that “Beckham is the real deal” (Country Swag) and has an innate talent for crafting Country music, as he was working as a forklift operator just one year ago.

The project features the previously released southern comfort track “Tell Me Twice” that E! News praised as “a catchy, easy-listening track that will make you feel like ’90s Country is back” and Billboard  lauded as “a catchy, radio-ready track.”

With Chayce’s Beckham’s “gravelly, pristine voice” (Billboard) front and center, the EP’s title track boasts what everyone should have on their bucket list, while “Where The River Goes” gloats about taking in a million dollar view— but not the kind from a high-rise condo.

A sampling of heartbreak, high energy, downhome grooves and a hint of spice, the EP shows the range of its creator. “Talk To Me” taps into Beckham’s sensual side while “Love To Burn” dives into the rush and intoxication of being in love. On the other side of the spectrum, Beckham explores the heaviness of love gone wrong, with “I’ll Take The Bar” which finds an ex-couple dividing the town, their friends and their futures.

While his supercharged duet with label-mate Lindsay Ell, “Can’t Do Without Me,” is climbing the Country radio charts, Beckham is currently on tour with Jimmie Allen, headlining his own shows across the country and will hit the road with Luke Combs this fall.

Chayce Beckham’s first project since winning American Idol will be available on Friday, April 15. For more information and a full list of tour dates, visit www.chaycebeckham.com.