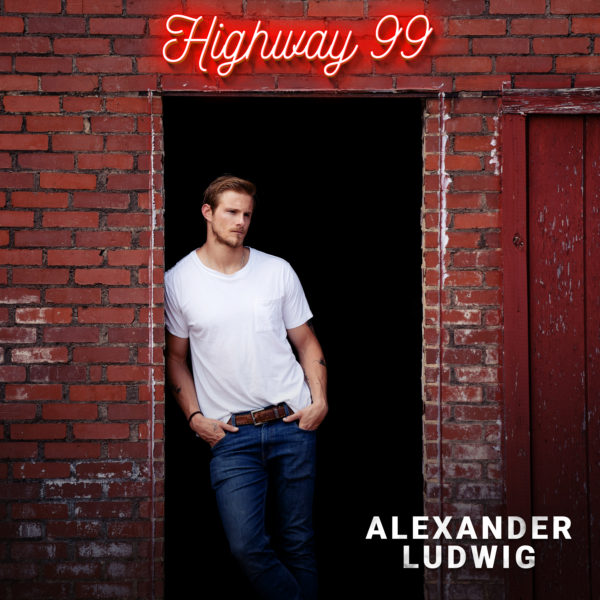 Multi-hyphenate Alexander Ludwig today announced the release of his full-length debut album, Highway 99 due out August 26 via BBR Music Group/BMG in Nashville. Filled with 16 tracks that tell universal stories about small towns, wild nights, broken hearts, and big dreams, the album is glued together by a mix of amplified guitars, climactic choruses, and heartland hooks. To celebrate the album announcement, Ludwig released the anthemic first single off the LP, “Faded On Me.” Blending country storytelling with Rock ‘n’ Roll energy, the summer-ready track finds a balance between old-school twang and modern muscle. Listen to “Faded On Me” HERE.

“If my album could be summed up in a song it would be ‘Faded On Me,’” said Ludwig. “The song spoke to me so much. As a kid, my parents taught me to roll with the punches, and this song is all about that.  Taking whatever life throws your way and throwing it right back.”

A follow up to his 2021 self-titled EP and career-launching 2020 single “Let Me Be Your Whiskey,” the album was produced by Kurt Allison and Tully Kennedy — two incredible songwriters who have penned Grammy-nominated hits and are longtime members of Jason Aldean’s band. Other album collaborators include Nashville heavy hitters David Lee Murphy (Sheryl Crow, Kenny Chesney) and Michael Dulaney (Jason Aldean, Reba McEntire). Country icons like Brett Eldredge and Jason Aldean have rallied behind Ludwig too, drawn to his effortless mix of Classic and Contemporary Country.

A songwriter since the age of 12, Ludwig grew up in Vancouver, Canada. Every weekend, he’d venture into the Canadian backcountry with his family, making the trip up Highway 99 to his family’s cabin on Whistler Mountain. Those drives were filled with music, and it was there — gazing out the window as the car pulled away from the Pacific Ocean coastline and headed toward the snow-capped peaks — that he fell in love with Country music.

In addition to working on new music, the well-rounded entertainer stars in the STARZ TV series  Heels, which is currently in production on its second season. Most recently, Ludwig can be seen alongside Uzo Aduba and J.K. Simmons in STX’s college sports drama National Champions as well as the drama film Heart of Champions. Upcoming, he will star in Guy Ritchie’s The Interpreter for MGM and Amazon.