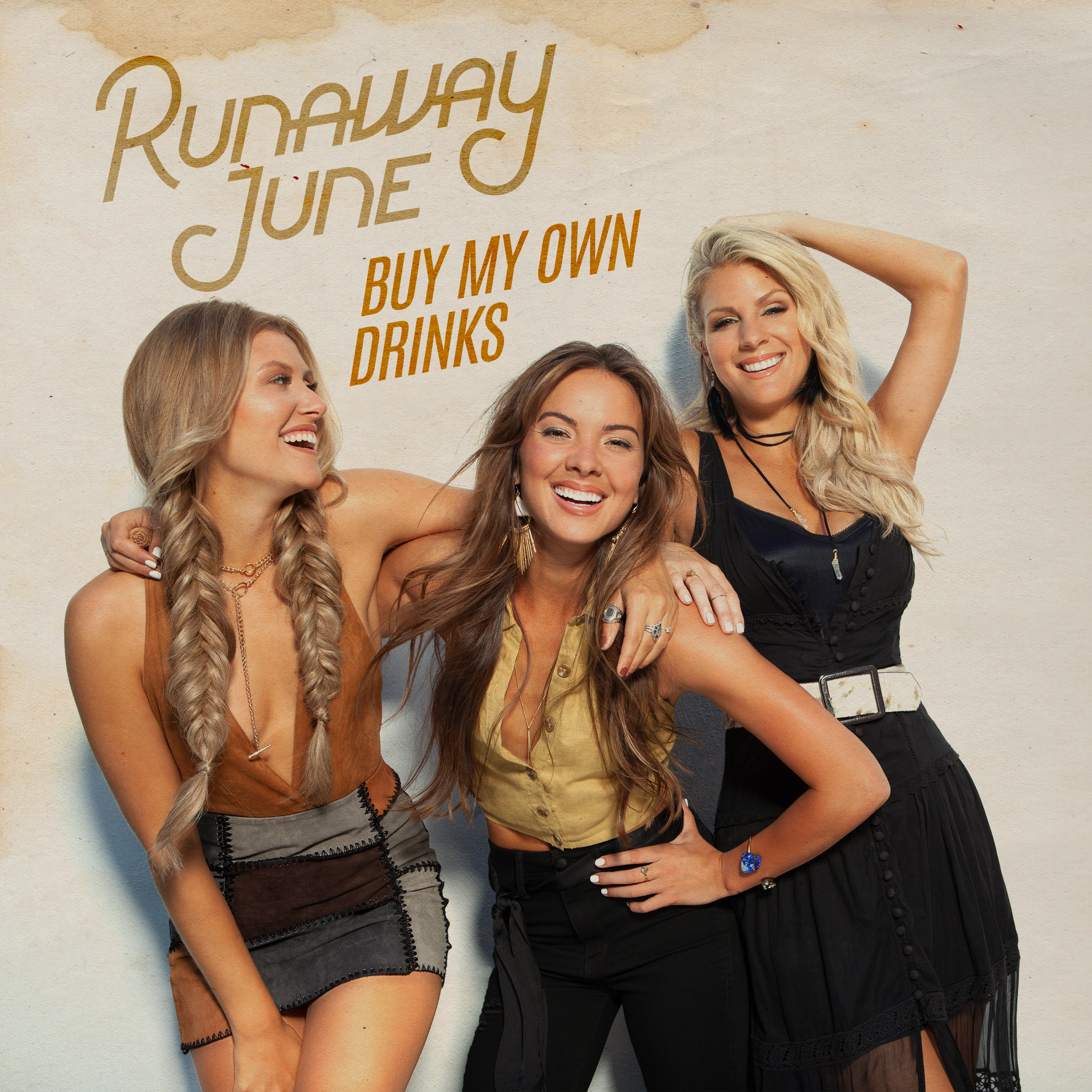 Wheelhouse Records trio and nominee for ACM New Duo or Group of the Year RUNAWAY JUNE, “a band that’s well on its way to Country music superstardom” (People.com), debuted the video for the infectiously anthemic single of positivity and empowerment “Buy My Own Drinks” on Rolling Stone Friday with an in depth interview and profile and hit the airwaves on CMT over the weekend. The Top 25 single is off of the band’s self-titled debut EP and is available at all digital retailers and streaming services. Produced by Dann Huff (Keith Urban, Thomas Rhett, Brett Young), and anchored by the single which Music Row Magazinepraises as a “runaway hit.”

The video features vignettes of the Runaway June members individually, both in present day and “flashbacks” to their younger selves. Watch the video here.

“The ‘Little Junes’ were the perfect way to capture that carefree feeling of returning to your inner child and getting a little wild,” said Cooke.”In doing, that we can find true liberation.”

In addition to walking the ACM carpet as nominees at this year’s ACM Awards the band will be performing at ACM Party for a Cause.  The band travels this week to Europe to perform at Country 2 Country Festival in the United Kingdom to support their EP before returning to the states for tour dates though out March including a West Coast appearance at Yountville Live.

With their debut EP effort, critics have been propelled to declare, “it’s a rarity an act impresses so fully with their first rodeo, but Wayne, Cooke and Mulholland have already proven they defy the norm. They’re here to conquer,” (B-Sides and Badlands), while others note the ascending trio “is about to blow up…” (Whiskey Riff). Listen to the EP here.

Co-written by Runaway June’s Naomi Cooke, Hannah Mulholland and Jennifer Wayne along with Hillary Lindsey and Josh Kear, listen to “Buy My Own Drinks” here.

In addition to the ACM nominated group’s latest single, the EP also contains their previous Top 40 hit ”Wild West” and a fan favorite from their live show, Dwight Yoakam’s “Fast As You.”

Adding to the excitement, Runaway June continues to take Country music by storm as they prepare to support seven-time Grammy winner and Pollstar’s three-time top female country touring artist Carrie Underwood as she launches a new arena tour, The Cry Pretty Tour 360, in spring. Sponsored by CALIA, the new tour will kick off on May 1 in Greensboro, NC, and will play 55 arenas across the U.S. and Canada and be promoted by AEG Presents.

Tickets for the concerts went are on sale now.